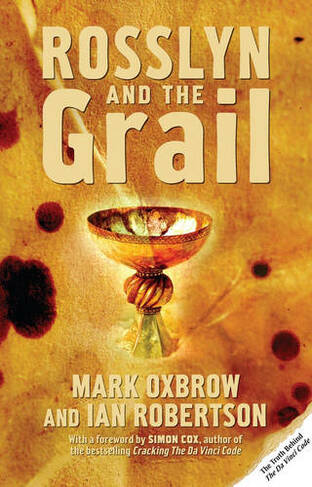 Rosslyn and the Grail

Tens of millions of people worldwide learned of Scotland's Rossyln Chapel in Dan Brown's blockbuster novel The Da Vinci Code. Now, after 500 years shrouded in mystery and legend, the secrets of the chapel, the castle, King Arthur and the quest for the Holy Grail are about to be revealed. The astonishing story of Rosslyn brings together a host of famous figures from history and legend, including Jesus Christ, the Virgin Mary, Alexander the Great, William Wallace, Robert the Bruce, Mary Queen of Scots, Joan of Arc, Sir Gawain and Merlin the Wizard. No one has come close to unravelling the truth about Rosslyn. Until now. * Does the fabled Holy Grail lie buried beneath Rosslyn Chapel? * Did the Knights Templar hide their treasure in Rosslyn's secret crypt? * Can the thousands of carvings within Rosslyn Chapel be decoded? After more than a decade of research, two Scottish historians have finally uncovered the real story of Rosslyn and the Grail. 1 x 8pp colour and b/w

Mark Oxbrow and Ian Robertson have researched, written and lectured internationally on the history and legends of Rosslyn and King Arthur for over ten years. Both are Fellows of the Society of Antiquaries of Scotland. They have contributed to numerous British and American TV and DVD documentaries, bestselling books, magazines and press articles, and are widely acknowledged as 'Rosslyn experts'.