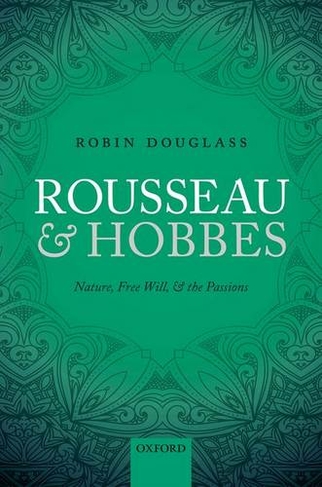 Rousseau and Hobbes Nature, Free Will, and the Passions

Also available on eBook for £45.11. Click here to purchase from Rakuten Kobo

Robin Douglass presents the first comprehensive study of Jean-Jacques Rousseau's engagement with Thomas Hobbes. He reconstructs the intellectual context of this engagement to reveal the deeply polemical character of Rousseau's critique of Hobbes and to show how Rousseau sought to expose that much modern natural law and doux commerce theory was, despite its protestations to the contrary, indebted to a Hobbesian account of human nature and the origins of society. Throughout the book Douglass explores the reasons why Rousseau both followed and departed from Hobbes in different places, while resisting the temptation to present him as either a straightforwardly Hobbesian or anti-Hobbesian thinker. On the one hand, Douglass reveals the extent to which Rousseau was occupied with problems of a fundamentally Hobbesian nature and the importance, to both thinkers, of appealing to the citizens' passions in order to secure political unity. On the other hand, Douglass argues that certain ideas at the heart of Rousseau's philosophy-free will and the natural goodness of man-were set out to distance him from positions associated with Hobbes. Douglass advances an original interpretation of Rousseau's political philosophy, emerging from this encounter with Hobbesian ideas, which focuses on the interrelated themes of nature, free will, and the passions. Douglass distances his interpretation from those who have read Rousseau as a proto-Kantian and instead argues that his vision of a well-ordered republic was based on cultivating man's naturally good passions to render the life of the virtuous citizen in accordance with nature.

Robin Douglass is Lecturer in Political Theory in the Department of Political Economy, King's College London. Before arriving at King's, he studied at the Universities of York and Exeter. His research focuses on seventeenth and eighteenth-century political philosophy, and he has recently published articles in the American Journal of Political Science, History of Political Thought, History of European Ideas, Political Studies, andthe Journal of the History of Ideas.