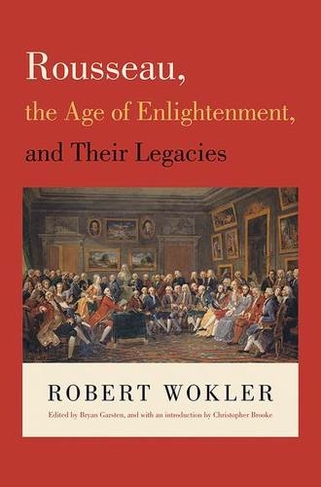 Rousseau, the Age of Enlightenment, and Their Legacies

Robert Wokler was one of the world's leading experts on Rousseau and the Enlightenment, but some of his best work was published in the form of widely scattered and difficult-to-find essays. This book collects for the first time a representative selection of his most important essays on Rousseau and the legacy of Enlightenment political thought. These essays concern many of the great themes of the age, including liberty, equality and the origins of revolution. But they also address a number of less prominent debates, including those over cosmopolitanism, the nature and social role of music and the origins of the human sciences in the Enlightenment controversy over the relationship between humans and the great apes. These essays also explore Rousseau's relationships to Rameau, Pufendorf, Voltaire and Marx; reflect on the work of important earlier scholars of the Enlightenment, including Ernst Cassirer and Isaiah Berlin; and examine the influence of the Enlightenment on the twentieth century. One of the central themes of the book is a defense of the Enlightenment against the common charge that it bears responsibility for the Terror of the French Revolution, the totalitarian regimes of the twentieth-century and the Holocaust. 6 line illus.

Robert Wokler (1942-2006) was at the time of his death Senior Lecturer in Political Science and in the Directed Studies program at Yale University. He was formerly Reader in the History of Political Thought at the University of Manchester. He was the author of Rousseau on Society, Politics, Music and Language and Rousseau: A Very Short Introduction. He was also the editor or coeditor of many books, including The Cambridge History of Eighteenth-Century Political Thought, Diderot: Political Writings, The Enlightenment and Modernity and Inventing Human Science.