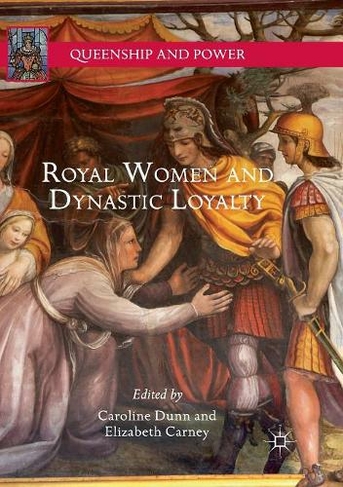 Royal women did much more to wield power besides marrying the king and producing the heir. Subverting the dichotomies of public/private and formal/informal that gender public authority as male and informal authority as female, this book examines royal women as agents of influence. With an expansive chronological and geographic scope-from ancient to early modern and covering Egypt, Great Britain, the Ottoman Empire, and Asia Minor-these essays trace patterns of influence often disguised by narrower studies of government studies and officials. Contributors highlight the theme of dynastic loyalty by focusing on the roles and actions of individual royal women, examining patterns within dynasties, and considering what factors generated loyalty and disloyalty to a dynasty or individual ruler. Contributors show that whether serving as the font of dynastic authority or playing informal roles of child-bearer, patron, or religious promoter, royal women have been central to the issue of dynastic loyalty throughout the ancient, medieval, and modern eras. XIV, 199 p.

Caroline Dunn teaches history at Clemson University, USA, and is the author of Stolen Women in Medieval England: Rape, Abduction, and Adultery c. 1100-1500 (2012).Elizabeth Carney is Professor of History and Carol K. Brown Scholar in Humanities, Emerita, at Clemson University, USA. Her most recent book is King and Court in Ancient Macedonia: Rivalry, Treason and Conspiracy (2015).