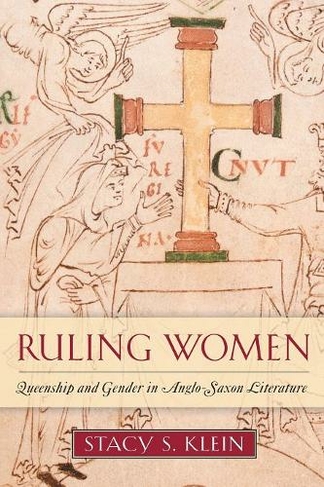 In ""Ruling Women"", Stacy S. Klein explores how queens functioned as imaginative figures in Anglo-Saxon texts. Focusing on pre-Conquest works ranging from Bede to Aelfric, Klein argues that Anglo-Saxon writers drew upon accounts of legendary royal wives to construct cultural ideals of queenship during a time when that institution was undergoing profound change. Also a study of gender, her book examines how Anglo-Saxon writers used women of the highest social rank to forge broader cultural ideals of femininity, even as they used female voices to articulate far less comfortable social truths. Capitalizing on queens' strong associations with intercession, Anglo-Saxon writers consistently looked to royal women as mediatory figures for negotiating sustained tensions. Yet as authors appropriated legendary queens and inserted them into contemporary Anglo-Saxon culture, these royal ""peaceweavers"" simultaneously threatened to destroy existing unities and to expose the fragility of seemingly entrenched social formations. ""Ruling Women"" offers us a way to understand Anglo-Saxon texts as both literary monuments and historical documents, and thus to illuminate the ideological fissures and cultural stakes of Anglo-Saxon literary practice. Illustrations

STACY S. KLEIN is an associate professor of English at Rutgers University.