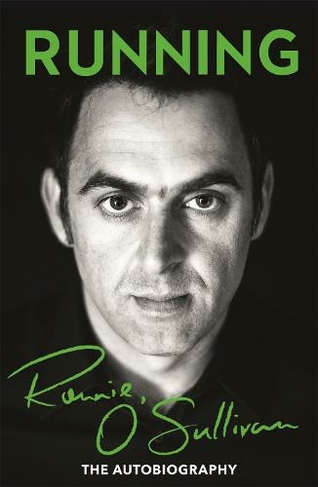 World Snooker Champion Ronnie O'Sullivan's frank and honest account of his astonishingly dramatic life. I used to rely on drugs and alcohol to keep me going, but now I've got the healthiest addiction going - running. This book explains how running has helped me to fight my demons - my addictive personality, depression, my dad's murder conviction, the painful break-up with the mother of my children - and allowed me to win five World Snooker Championships. It is also about all of the great things in my life - my kids, snooker, my dad's release from prison, great mates who have helped me, and the psychiatrist Dr Steve Peters, who has taught me how not to run away when things get tough. Finally, it's about what it's like to get the buzz - from running, from snooker, from life. Because when it comes down to it, everyone needs something to drive them on.

Since turning professional in 1992, O'Sullivan has clocked up an incredible number of awards and trophies, including six World Championships, a record-breaking seven Masters titles, seven UK Championships and 19 Triple Crown tournaments. In 2019 he won the Tour Championship, making him snooker's world number one for the fourth time.Follow him on Twitter @ronnieo147