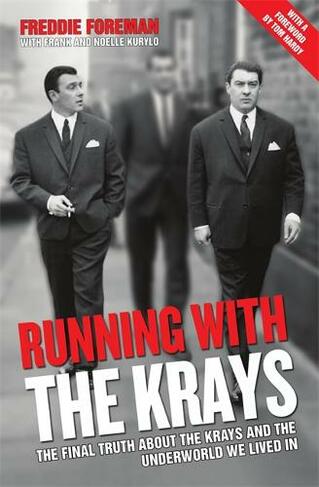 For over fifty years, Freddie Foreman's name has commanded respect, and occasionally fear, from those who work to uphold the law - and those who operate just outside of it. With almost all of his compatriots - like the notorious Kray twins - now gone, Freddie is the last real gangster. A true entrepreneur and businessman, Freddie was one of the great personalities of the criminal underworld. A man of principle, protective of his family and unfailingly loyal to his friends, Freddie was someone who could be relied upon with complete confidence in all circumstances. Running with the Krays is the no-holds-barred account of life alongside the Kray twins - as well as dozens of other recognisable 'Faces' - and the exciting and glamorous world they lived.

Nicknamed 'Brown Bread Fred', Freddie Foreman's reputation precedes him thanks to his gangland past and, most notoriously, his involvement with the Kray twins during the 1960s. He spent ten years in prison after being convicted of disposing of the body of Jack "The Hat" McVitie, after McVitie had been killed by Reggie Kray. Freddie published his first book, Brown Bread Fred: the autobiography of the godfather of British crime, in 2007. He is now in his eighties and lives in London.