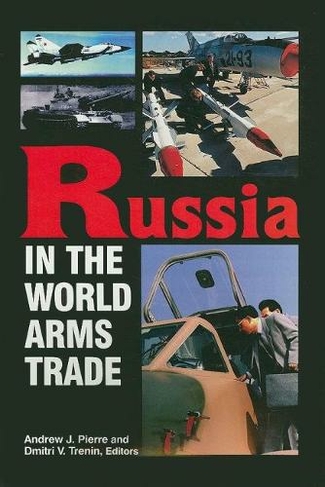 Russia in the World Arms Trade

Eight prominent Russian experts contribute to this unique Russian-American analysis of the state of Russia's arms industry and national export controls, as well as the strategic implications of Russian arms sales to China and clients in the Middle East.Since the early 1990s, Russia's once colossal defense-industrial complex has been in upheaval. Parts of the arms industry have collapsed, and hopes for conversion from military to civilian production have proven largely illusory. An aggressive arms-sales policy seen as a panacea has also met with mixed results. At the same time, turmoil in domestic politics and in the reform process has limited and slowed much-needed changes in the industry's organization, operations, decisionmaking, and controls over the export of arms and sensitive technologies. The authors examine these and other issues posed by Russia's participation in the world arms trade, weigh the chances of Russian-American discord over arms exports to ""rogue states"" as well as the possibilities for arms cooperation; discuss the prospects for Russia's expanded participation in multilateral arms restraint and international norm-setting, and offer policy proposals. The book evolved from discussions of the Russian-American working group on conventional arms proliferation convened by the co-editors at the Carnegie Endowment's Moscow Center.

Andrew J. Pierre, a senior associate at the Carnegie Endowment for International Peace, is coauthor of The Algerian Crisis: Policy Options for the West (Carnegie, 1996) and author of The Global Politics of Arms Sales (Princeton, 1982), which was nominated for a Pulitzer Prize.