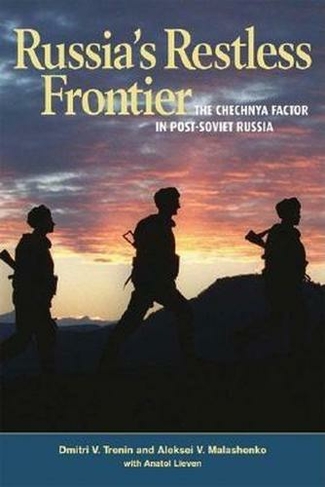 The conflict in Chechnya, going through its low- and high-intensity phases, has been doggedly accompanying Russia's development. In the last decade, the Chechen war was widely covered, both in Russia and in the West. While most books look at the causes of the war, explain its zigzag course, and condemn the brutalities and crimes associated with it, this book is different. Its focus lies beyond the Caucasus battlefield. In Russia's Restless Frontier, Dmitri Trenin and Aleksei Malashenko examine the implications of the war with Chechnya for Russia's post-Soviet evolution. Considering Chechnya's impact on Russia's military, domestic politics, foreign policy, and ethnic relations, the authors contend that the Chechen factor must be addressed before Russia can continue its development.