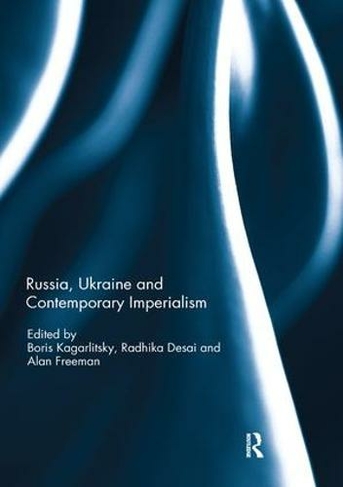 Also available on eBook for £97.79. Click here to purchase from Rakuten Kobo

This book is a unique contribution to scholarship on the sources of the conflict in Ukraine. The volume brings together writers from Russia, Ukraine, Canada, the United States, Europe and Australia, many of whom attended a gathering of scholars and activists from all over Ukraine, held in Yalta, Crimea, just after the conflict in Eastern Ukraine erupted. Challenging both the demonization of Russia, which has become standard for Western writing on the topic, and the simplistic discourse of official Russian sources, this book scrutinises the events of the conflict and the motives of the agents, bringing to the fore the underlying causes of the most critical flashpoints of the post-Soviet world order. This volume offers a refreshing, profound perspective on the Ukraine conflict, and will be an indispensable source for any student or researcher. This book was originally published as a special issue of the journal International Critical Thought.

Boris Kagarlitsky is a professor at the Moscow School of Social and Economic Sciences and Director of the Institute for Globalization Studies and Social and Economic Movements (IGSO) in Moscow, Russian Federation.Radhika Desai is a professor at the Department of Political Studies and Director, Geopolitical Economy Research Group, University of Manitoba, Winnipeg, Canada.Alan Freeman was a principal economist with the Greater London Authority from 2000 to 2011. He is now retired and lives in Winnipeg where he is Co-director with Radhika Desai of the Geopolitical Economy Research Group.