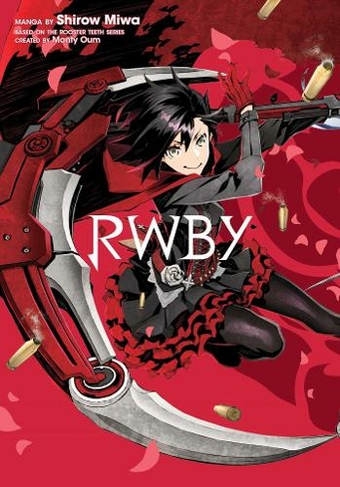 In adventures based on Rooster Teeth's hit animation series, Ruby, Weiss, Blake and Yang are students at Beacon Academy, learning to protect the world from the fearsome Grimm. When the people of Remnant aren't fighting monsters, they still find conflict among themselves. Now they are at fierce odds. Ruby Rose, Weiss Schnee, Blake Belladonna and Yang Xiao Long are Team RWBY. Together they are learning the deadly craft of hunting the monstrous species known as the Grimm. Never before revealed adventures of Team RWBY featuring Ruby, Weiss, Blake & Yang before academy and before they were teammates. Plus, a Team JNPR battle featuring a much-younger Jaune! An action-packed prequel story to the global hit animation series from Rooster Teeth that runs on roosterteeth.com. 0

Shirow Miwa debuted in UltraJump magazine in 1999 with the short series Black Mind. His next series, Dogs, published in the magazine from 2000 to 2001, instantly became a popular success. He returned in 2005 with Dogs: Bullets & Carnage, which is currently running in UltraJump. Miwa also creates illustrations for books, music videos and magazines, and produces doujinshi (independent comics) under the circle name m.m.m.WORKS. His website is http://mmm-gee.net.