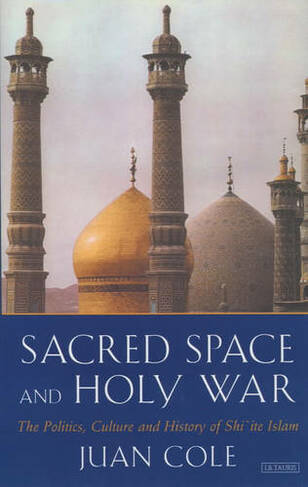 Sacred Space and Holy War: The Politics, Culture and History of Shi'Ite Islam

This volume sets out to answer the following questions: how is it that Shi'ite Muslims have set the agenda of political discourse in the Islamic world in recent years? Why have Shi'ites been at the forefront of Islam's reassessment of the West? In the past 300 years, Shi'ite Islam, already the state religion in Iran since the 16th century, has grown in Iraq, northern India and what is now Pakistan. Juan Cole examines Shi'ite Islam as a world religion that has faced modernity on its own terms. He explores the little-known history of Shi'ite communities as far afield as the Persian Gulf and India, also giving attention to important centres such as Lebanon, Iraq and, of course, Iran. He demonstrates the way in which Shi'ites have sought to define space and time as sacred, and to defend those spaces from encroachments by "the Other", whether that be Sunni Arab, Hindu or European Christian.

Juan R. I. Cole is Professor of History at the University of Michigan and the Editor of the International Journal of Middle East Studies.