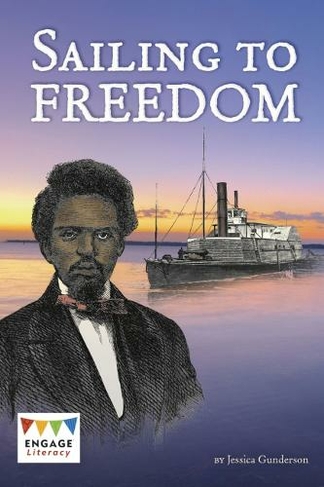 Like many slaves, Robert Smalls was forced to fight for the Confederate Navy during the American Civil War. One night, Robert and his crew of fellow slaves aboard the ship, the Planter, decided to steal the ship and head for the safety - and freedom - of Union waters only seven miles away. Would they make it to freedom, or would they be captured and face certain death?

Jessica Gunderson grew up in the small town of Washburn, North Dakota. She has a bachelor's degree from the University of North Dakota and an MFA in Creative Writing from Minnesota State University, Mankato. She has written more than fifty books for young readers. Her book Ropes of Revolution won the 2008 Moonbeam Award for best graphic novel. She currently lives in Madison, Wisconsin, with her husband and cat.