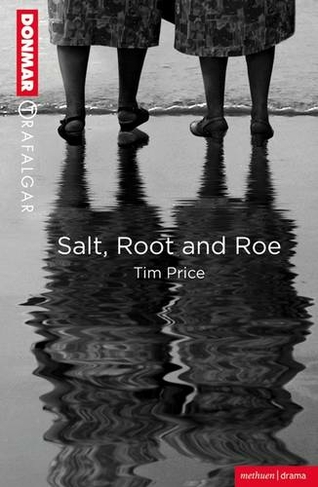 Tim Price's Salt, Root and Roe is a heartbreaking, humorous tale of love and family set against a mythical backdrop. Set on the Pembrokeshire coast in West Wales, identical twins Iola and Anest remain devoted to each other. Ageing fast, and with the time they have together more fragile by the day, they arrive at a desperate decision. Word of this reaches Anest's daughter Menna, who rushes to her long abandoned childhood home where her own ideas of love and compromise are tested to the limit. In spite of the sombre themes of death and bereavement, the writing is light, textured and at times very funny: picking out moments of joy and sadness with seemingly effortless grace. Touching relationships and believable characterisation provide a poignant backdrop to Salt, Root and Roe, where pragmatism, exhausted lives and childrens' fairytales collide in this exploration of grief, loss and acceptance.

Tim Price is a former journalist from the South Wales valleys. As well as writing for stage and television, he hosts a new writing night in a Mongolian Yurt in Cardiff called Dirty Protest. Tim was one of eight candidates to be selected for the BBC Drama Writer's Academy 2009 and was awarded a The50 bursary in 2006 as one of the best 50 emerging writers in the UK. His plays include For Once (Pentabus Theatre) and Salt, Root and Roe (Donmar Warehouse/Trafalgar Studios).