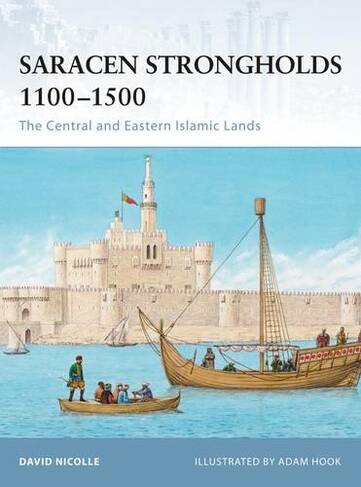 By the time of the Crusades, the Islamic world had already developed its own sophisticated styles of fortification. Distinctive and highly effective, the region's unique military architecture continued to evolve in response to the Crusader and Mongol threats, and also drew upon the traditions of their foes and neighbours. The resulting Islamic concepts of military architecture had an influence upon fortifications in Western Europe, including Italy and the Iberian Peninsula. However, Islamic fortifications continued to focus upon the defence of cities and frontiers rather than providing security for feudal aristocracies, as was increasingly the case in Europe. Covering fortifications as far apart as North Africa, Afghanistan and northern India, this volume focuses on the Islamic side of the conflict, highlighting the fortifications in use when the Crusaders sought to reconquer the Holy Land, as well as the eventual absorption of the territories of Byzantium into the Islamic world. Illustrations (some col.)

Born in 1944, David Nicolle worked in the BBC's Arabic service for a number of years before gaining an MA from the School of Oriental and African Studies, London, and a doctorate from Edinburgh University. He has written numerous books and articles on medieval and Islamic warfare, and has been a prolific author of Osprey titles for many years. The author lives in Woodhouse Eaves, England.