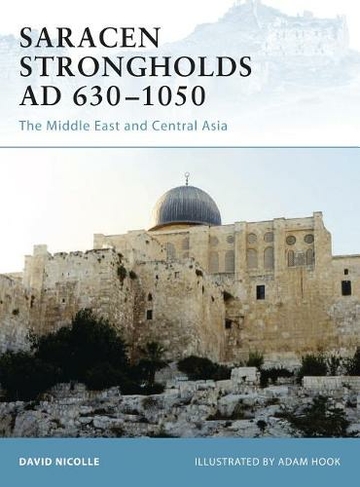 The Islamic world drew upon a myriad of pre-existing styles of fortification, taking Romano-Byzantine, Indian and Chinese ideas to create a highly effective and sophisticated hybrid fortification that was both new and distinctive. Illustrations (chiefly col.)

David Nicolle was born in 1944 and worked for the BBC, including the overseas broadcasting service, before returning to university, obtaining his PhD in Edinburgh. He subsequently taught at Yarmouk University in Jordan. He now devotes himself to writing, and is a specialist in medieval arms and armor. He is also a frequent contributor to numerous specialist journals and international conferences. The author lives in Leicestershire, UK.Adam Hook studied graphic design, and began his work as an illustrator in 1983. He specializes in detailed historical reconstructions, and has illustrated Osprey titles on the Aztecs, the Greeks, several 19th century American subjects, and a number of books in the Fortress series. His work features in exhibitions and publications throughout the world.Adam Hook lives in East Sussex, UK.