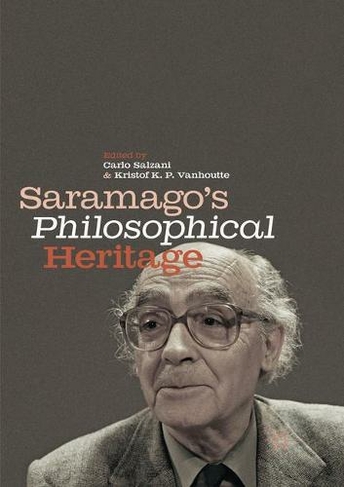 The past decades have seen a growing "philosophical" interest in a number of authors, but strangely enough Saramago's oeuvre has been left somewhat aside. This volume aims at filling this gap by providing a diverse range of philosophical perspectives and expositions on Saramago's work. The chapters explore some possible issues arising from his works: from his use of Plato's allegory of the cave to his re-readings of Biblical stories; from his critique and "reinvention" of philosophy of history to his allegorical exploration of alternative histories; from his humorous approach to our being-towards-death to the revolutionary political charge of his fiction. The essays here confront Saramago's fiction with concepts, theories, and suggestions belonging to various philosophical traditions and philosophers including Plato, Pascal, Kierkegaard, Freud, Benjamin, Heidegger, Lacan, Foucault, Patocka, Derrida, Agamben, and Zizek. XIII, 261 p.

Carlo Salzani is an independent scholar and translator. He has published on Walter Benjamin, Giorgio Agamben, and contemporary German literature and philosophy more generally, both in English and in Italian. Kristof K.P. Vanhoutte is Research Fellow at the International Studies Group of the University of the Free State, Bloemfontein, South Africa, and an Invited Professor of philosophy at the Pontifical University Antonianum, Rome, Italy.