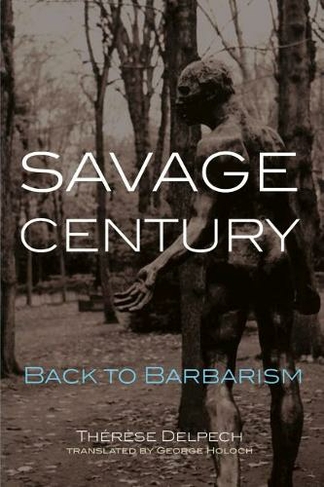 Savage Century: Back to Barbarism

At the dawn of the twentieth century, observers heralded a new era of social progress, seemingly limitless technological advances, and world peace. But within only a few years, the world was perched on the brink of war, revolution, and human misery on an unprecedented scale. Is it possible that today, in the early twenty-first century, we are on the verge of similar, tumultuous times? Blending a detailed knowledge of international security affairs with history, philosophy, psychology, and literature, Therese Delpech vividly reminds us of the signs and warnings that were missed as the "civilized" world failed to prevent both world wars, the Holocaust, Soviet death camps, and Cambodian killing fields that made the twentieth century so deadly. Drawing a parallel between 1905 and 2005, Delpech warns that it could happen again in this current era of increasing international violence and global lawlessness. She looks ahead to imagine various scenarios and regions that could become flashpoints in the future. Winner of the 2005 Prix Femina de l'essai. Praise for the original French edition, L'Ensauvagement "One doesn't know what to admire most in this book: the precision of information, the scope of reference, the originality of the approach..." -Le Nouvel Observateur "From Iranian nuclear ambitions to the Taiwan question, Delpech reviews all the situations which might lead mankind to succumb to the perennial temptation of savagery -a passionate and lucid book." -L'argus de la presse "L'ensauvagement transcends its surface content, articulating great hope that our reason and will might take hold and overcome unreason." -Politique etrangere "Combining introspection and prediction, geopolitics and philosophy, Therese Delpech has issued a warning cry." -Politique Internationale