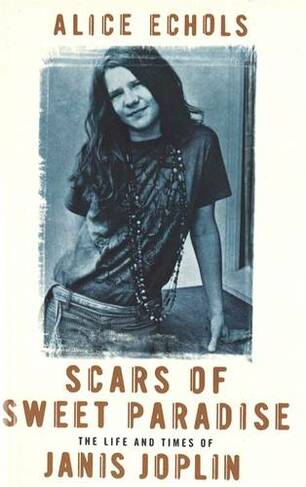 Scars Of Sweet Paradise The Life and Times of Janis Joplin

The undisputed queen of sex, drugs and rock n' roll was also the voice of a generation who, when she overdosed on heroin at the age of twenty-seven in October 1970; became the posthumous icon of bad girl femininity for millions around the world. Drawing on hundreds of interviews Echols renders Joplin in all her complexity, revealing how this sweet-voiced girl from Texas recreated herself, first as a gravely-voiced bluesy folksinger, and then as rock n' roll's first female superstar. Echols examines the roots of her musicianship and her efforts to probe the outer limits of life; declaring herself the first white-black person and pursuing sex with men and women alike. Moving from the electric ballrooms of San Francisco to the mud-soaked fields of Woodstock, Joplin's story is also a chronicle of the revolutions of the sixties - a generation's experiment with high-risk living and the exacting price they ultimately paid for this. Written in a captivating novel-like style this is a deeply affecting biography of one of America's most talented, tormented and enduring stars. Section: 24, b&w

Alice Echols is a cultural critic and a historian of the sixties. She has taught at UCLA, USC and Occidental College and has written about rock music for the NATION and L.A. WEEKLY. She lives in Los Angeles.