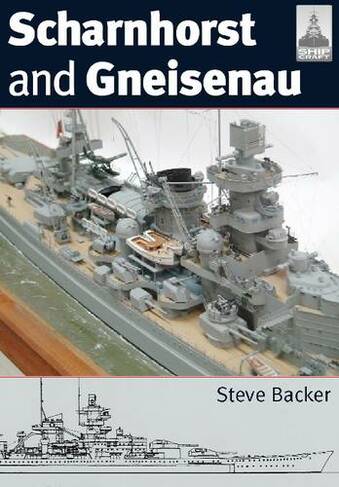 By Steve Backer (Author)
Paperback
https://www.whsmith.co.uk/products/scharnhorst-and-gneisenau-shipcraft-20/steve-backer/paperback/9781848321526-12-000.html N/A
GBP
Availability
Currently unavailable. We dont know when or if this item will be back in stock
Free Saver Delivery on orders over £25
Details
FREE SHIPPING over £25 for Saver Delivery
Share

The 'ShipCraft' series provides in-depth information about building and modifying model kits of famous warship types. Lavishly illustrated, each book takes the modeller through a brief history of the subject class, highlighting differences between sister-ships and changes in their appearance over their careers. This includes paint schemes and camouflage, featuring colour profiles and highly-detailed line drawings and scale plans. The modelling section reviews the strengths and weaknesses of available kits, lists commercial accessory sets for super-detailing of the ships, and provides hints on modifying and improving the basic kit. This is followed by an extensive photographic gallery of selected high-quality models in a variety of scales, and the book concludes with a section on research references - books, monographs, large-scale plans and relevant websites.The two German ships which form the subject of this volume were among the first products of rearmament under Hitler. For political reasons they were neither as large nor as well armed as foreign equivalents, but they were very fast, which led them to be described as 'battlecruisers' in some quarters. They enjoyed an adventurous war, both surviving heavy damage, before Scharnhorst was sunk in an epic gun battle off the North Cape, while Gneisenau succumbed to heavy air attack. 130 b/w, colour & line illustrations

STEVE BACKER is the editor of steelnavy.com, the best warship modeling site on the web, for which he writes extensively on warship kits and accessories. He is also the author of five previous titles in this ShipCraft series, the most recent being Admiral Hipper Class Cruisers.