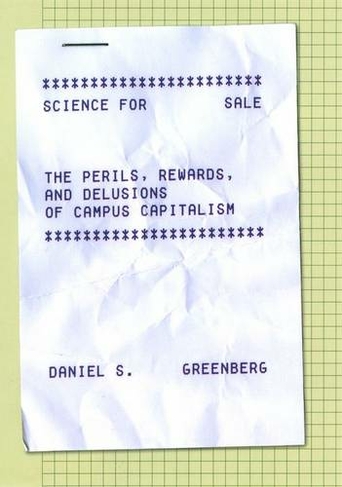 Science for Sale The Perils, Rewards, and Delusions of Campus Capitalism

In recent years, the news media have been awash in stories about increasingly close ties between college campuses and multimillion-dollar corporations. Our nation's universities, the story goes, reap enormous windfalls patenting products of scientific research that have been primarily funded by taxpayers. Meanwhile, hoping for new streams of revenue from their innovations, the same universities are allowing their research - and their very principles - to become compromised by quests for profit. But is that really the case? Is money really hopelessly corrupting science? With "Science for Sale", acclaimed journalist Daniel S. Greenberg reveals that campus capitalism is more complicated - and less profitable - than media reports would suggest. While universities seek out corporate funding, news stories rarely note that those industry dollars are dwarfed by government support and other funds. And, while many universities have set up technology transfer offices to pursue profits through patents, many of those offices have been financial busts. Meanwhile, science is showing signs of providing its own solutions, as highly publicized misdeeds in pursuit of profits have provoked promising countermeasures within the field. But just because the threat is overhyped, Greenberg argues, doesn't mean that there's no danger. From research that has shifted overseas so corporations can avoid regulations to conflicts of interest in scientific publishing, the temptations of money will always be a threat, and they can only be countered through the vigilance of scientists, the press, and the public. Based on extensive, candid interviews with scientists and administrators, "Science for Sale" will be indispensable to anyone who cares about the future of scientific research. 8 tables

Daniel S. Greenberg is a journalist who has written extensively on science and health politics. He is the author of Science, Money, and Politics: Political Triumph and Ethical Erosion and The Politics of Pure Science, both published by the University of Chicago Press.