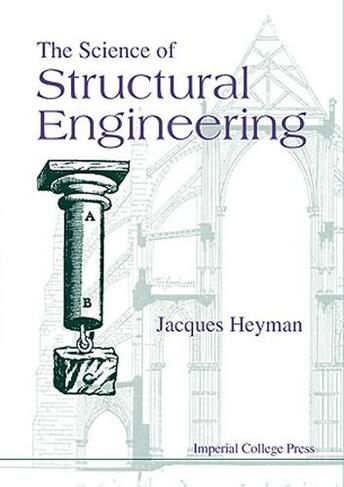 Science Of Structural Engineering, The

Structures cannot be created without engineering theory, and design rules have existed from the earliest times for building Greek temples, Roman aqueducts and Gothic cathedrals - and later, for steel skyscrapers and the frames for aircraft. This book is, however, not concerned with the description of historical feats, but with the way the structural engineer sets about his business. Galileo, in the seventeenth century, was the first to introduce recognizably modern science into the calculation of structures; he determined the breaking strength of beams. In the eighteenth century engineers moved away from this 'ultimate load' approach, and early in the nineteenth century a formal philosophy of design had been established - a structure should remain elastic, with a safety factor on stress built into the analysis. This philosophy held sway for over a century, until the first tests on real structures showed that the stresses confidently calculated by designers could not actually be measured in practice. Structural engineering has taken a completely different path since the middle of the twentieth century; plastic analysis reverts to Galileo's objective of the calculation of ultimate strength, and powerful new theorems now underpin the activities of the structural engineer.This book deals with a technical subject, but the presentation is completely non-mathematical. It makes available to the engineer, the architect and the general reader the principles of structural design.