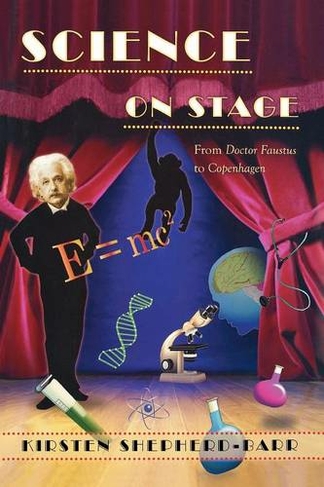 Science on Stage: From Doctor Faustus to Copenhagen

Science on Stage is the first full-length study of the phenomenon of "science plays"--theatrical events that weave scientific content into the plot lines of the drama. The book investigates the tradition of science on the stage from the Renaissance to the present, focusing in particular on the current wave of science playwriting. Drawing on extensive interviews with playwrights and directors, Kirsten Shepherd-Barr discusses such works as Michael Frayn's Copenhagen and Tom Stoppard's Arcadia. She asks questions such as, What accounts for the surge of interest in putting science on the stage? What areas of science seem most popular with playwrights, and why? How has the tradition evolved throughout the centuries? What currents are defining it now? And what are some of the debates and controversies surrounding the use of science on stage? Organized by scientific themes, the book examines selected contemporary plays that represent a merging of theatrical form and scientific content--plays in which the science is literally enacted through the structure and performance of the play. Beginning with a discussion of Christopher Marlowe's Doctor Faustus, the book traces the history of how scientific ideas (quantum mechanics and fractals, for example) are dealt with in theatrical presentations. It discusses the relationship of science to society, the role of science in our lives, the complicated ethical considerations of science, and the accuracy of the portrayal of science in the dramatic context. The final chapter looks at some of the most recent and exciting developments in science playwriting that are taking the genre in innovative directions and challenging the audience's expectations of a science play. The book includes a comprehensive annotated list of four centuries of science plays, which will be useful for teachers, students, and general readers alike. 7 halftones. 2 line illus.

Kirsten Shepherd-Barr teaches Modern Drama in the Faculty of English at the University of Oxford and is a Fellow of St. Catherine's College, Oxford. She is the author of Ibsen and Early Modernist Theatre, 1890-1900 and has published widely in professional journals ranging from Theatre Research International to American Scientist to Interdisciplinary Science Reviews.