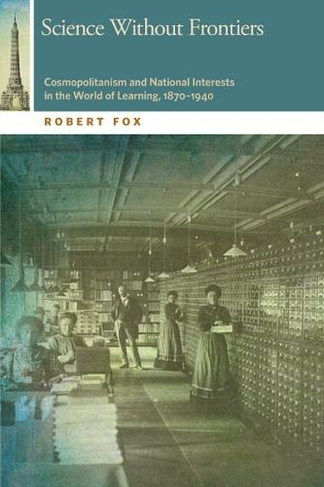 Science Without Frontiers: Cosmopolitanism and National Interests in the World of Learning, 1870-1940 (A Horning Visiting Scholars Publication)

In his long and distinguished academic career, historian Robert Fox has specialized in the modern history of physical science, particularly in France, from 1700 onward. In Science Without Frontiers, he explores the discipline of science as a model for global society. Fostered by international congresses and societies, scientific collaboration flourished across linguistic and national borders from the mid-nineteenth century up until, and even after, the First World War. Projects such as the universal language Esperanto and the Dewey decimal system relied on optimistic visions of the future and were fueled by dramatic improvements in communications and transportation. The Institut internationale de bibliographie, founded in Brussels in 1895, emerged as a center for this collaborative endeavor. After the First World War, scientific internationalism met with a new set of challenges as governments increasingly sought to control the uses of science and technology. Fox details the fate of cooperative scientific internationalism in Europe and the challenges posed to it by the rise of totalitarianism and the increasingly conflicting force of nationalism. He explores public expressions of scientific nationalism in museum exhibits and, most tellingly, in rival national pavilions at such celebrations of internationalism as the Paris International Exposition of 1937. World War II might have shattered internationalist ideals for good, but grounds for optimism still remain in the successes of international organizations like UNESCO and in the potential of electronic media as a way to achieve the internationalists' vision of universal access to knowledge. Science Without Frontiers offers a new way to think about science and culture and its relationship to politics amid the crises of the twentieth century.