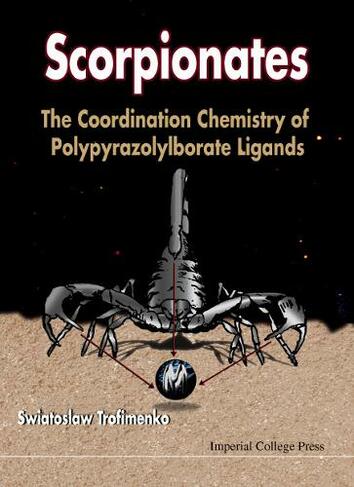 This book deals with polypyrazolylborates (scorpionates), a class of ligands known since 1966, but becoming rapidly popular with inorganic, organometallic and coordination chemists since 1986, because of their versatility and user-friendliness. They can be readily modified sterically and electronically through appropriate substitution on the pyrazole ring and on boron, and have led to a number of firsts in coordination chemistry (first stable CuCO complex, first monomeric MgR complex, and many other such firsts). Their denticity can range from two to four, their "Bite" can be adjusted, and additional coordinating sites can be added to the pyrazolyl rings. Over 170 different scorpionate ligands are known today, and some are published for the first time in this book.The author, Swiatoslaw Trofimenko, discovered and developed this ligand system and has written several reviews on the subject. The book is intended as a reference work, placing at the researcher's command practically all of the over 1500 references on the subject up, and into 1999, organized both according to the ligand type and according to the metal or metalloid being coordinated. It acquaints the reader with the special features of this ligand system and permits an assessment of what has been done in a given sub-area, and of which areas remain relatively unexplored. It presents procedures for ligand synthesis, and also covers their use in catalysis and in the modelling of biologically active substances.