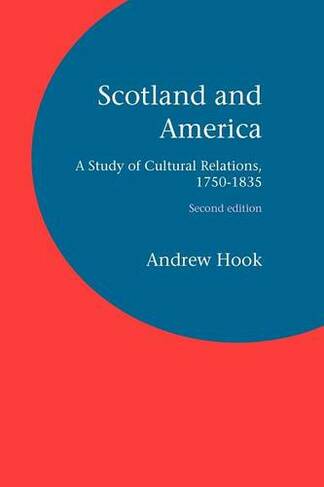 Originally published in 1975, Andrew Hook's Scotland and America is now onsidered a classic by experts on Scottish and American thought and culture. It is relevant to a number of important topics that have gained increasing attention in the twenty-first century, including the Scottish Enlightenment and its impact; transatlantic studies, and studies of cultural representation and transmission generally; the history of print communication; and the problem of national identity in modern Scottish history. Scotland and America convincingly documents the range and depth of the Scottish imprint on American culture in its formative years. 'Scotland and America is a foundational book in transatlantic literary history. It remains essential reading today for anyone seeking to understand the complexity,extent and nature of Scotland's impact on America in the crucial first century of the new nation's move towards literary independence. Hook's scholarly research, broad sweep of argument and elegant readability make it always a delight to return to. Humming Earth must be congratulated for their enterprise in making this important text available once more.' Susan Manning, Grierson Professor of English Literature,University of Edinburgh 'Andrew Hook's Scotland and America is a path-breaking book, which has opened up a whole new terrain of scholarly enquiry. Although the primary focus of the book is on literature, the range of erudition makes it essential reading for historians and others as well.' Colin Kidd, Professor of Modern History, University of Glasgow New edition, with a new preface by the author and an up-dated bibliography, and a foreword by Richard Sher. A Fellow of both the British Academy and the Royal Society of Edinburgh, Andrew Hook is Emeritus Bradley Professor of English Literature at the University of Glasgow. He has recently held visiting appointments at American universities including Princeton and Dartmouth. Among his many publications are a book of essays on the Scottish-American theme, From Goosecreek to Gandercleugh: Studies in Scottish-American Literary and Cultural History (1999), two books on F. Scott Fitzgerald and editions of works by Sir Walter Scott and Charlotte Bronte. black & white illustrations