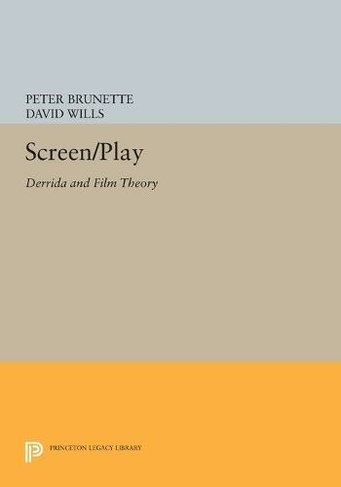 Peter Brunette and David Wills extend the work of Jacques Derrida into a new realm--with rewarding consequences. Although Derrida has never addressed film theory directly in his writings, Brunette and Wills argue that the ideas he has developed in his critique of the logocentric foundations of Western thought, especially his notion of "Writing," can be usefully applied to film theory and analysis. They maintain that such an application might even begin to shift film from its traditional position within the visual arts to a new place in the media and information sciences. This book also supplies a fascinating introduction to Derrida for the general reader. The authors begin by explaining, in political terms, why film theorists have neglected Derrida's work. Next they offer a Derridean critique of the assumptions of contemporary film studies. Then, drawing on his recently translated The Truth in Painting as well as on other, relatively unknown texts such as Droit de regards, they discuss his ideas in relation to the cinema and present two film analyses--of Truffaut's The Bride Wore Black and of Lynch's Blue Velvet--that attempt to demonstrate the notion of an "anagrammatical," radical reading practice. Finally, they focus on Derrida's neglected book, The Post Card, and situate cinema in terms of a new definition of the technological. Originally published in 1989. The Princeton Legacy Library uses the latest print-on-demand technology to again make available previously out-of-print books from the distinguished backlist of Princeton University Press. These editions preserve the original texts of these important books while presenting them in durable paperback and hardcover editions. The goal of the Princeton Legacy Library is to vastly increase access to the rich scholarly heritage found in the thousands of books published by Princeton University Press since its founding in 1905.