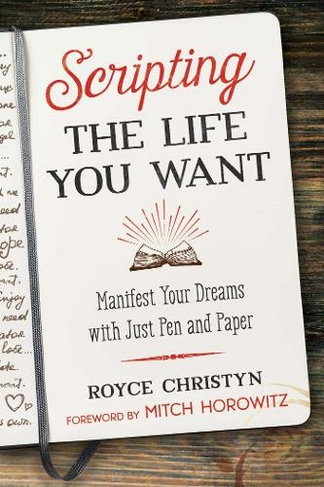 Scripting the Life You Want: Manifest Your Dreams with Just Pen and Paper

Royce Christyn is an actor, speaker, writer, and documentary film director. He has appeared in film and television shows, including Drake and Josh, Zoey 101, and Disney Channel's Wizards of Waverly Place with Selena Gomez. His bylines have appeared in national and international publications including Paste Magazine, In Touch, Life & Style, Closer, and others. He has appeared on BBC World News, NBC News, CBS's The Couch, Fox's MORE Entertainment, TMZ Live, and hundreds of radio and news shows across the globe. He lives in Los Angeles.