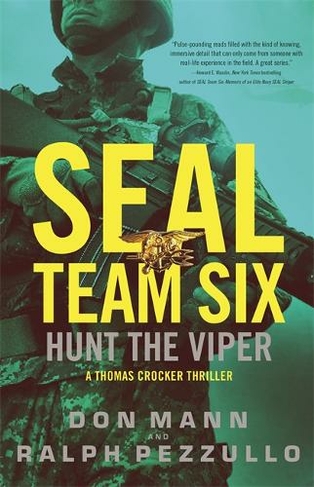 Despite the efforts of the Assad government and its Russian and Turkish allies, Syria is succumbing to the Islamic State. While Crocker and his SEAL Team Six comrades try to help a small Kurdish border town organize a resistance army, he finds an unexpected connection with Severine, a French epidemiologist working for Doctors Without Borders. As Severine and her colleagues establish a makeshift hospital in besieged Aleppo, Crocker counsels caution. He knows too well that their NGO status will be no protection from the Viper, a notoriously vicious ISIS general with a deeply personal hatred of the West. When the Viper's men kidnap one of Severine's American colleagues, Crocker will pull every string at his disposal to launch a rescue mission. But in a situation where the US has no official business, he'll push every boundary of how far he's willing to go--and how far his SEAL brothers in arms will follow him--to save innocent lives.

Don Mann (CWO3, USN) is the author of the national bestseller Inside SEAL Team Six and a former Navy SEAL. He lives in Virginia Ralph Pezzullo is a New York Times bestselling author and award-winning playwright, screenwriter and journalist. His books include Jawbreaker (with CIA operative Gary Berntsen) and Zero Footprint (with military contractor Simon Chase).