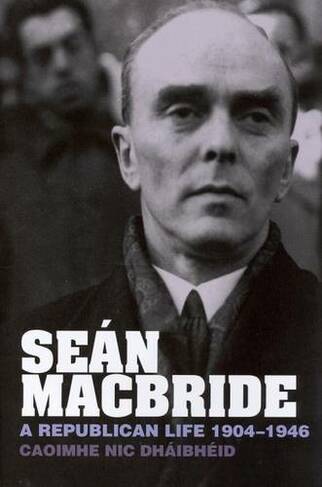 This book critically examines the republican career of one of Ireland's more controversial political figures, Sean MacBride (1904-1988), focusing on his subversive activities prior to his reinvention as a constitutional politician. MacBride, a Nobel and Lenin prize-winning humanitarian, was a youthful participant in the Irish Revolution of 1916-1923. He was an active member of the Dublin Brigade of the Irish Republican Army during the War of Independence, and found himself on the losing side of the 1922-23 Civil War. Rising through the ranks of the depleted and demoralised post-revolutionary republican movement, MacBride occupied a leadership position in the Irish Republican Army for fifteen years, bridging the difficult formative years of the Irish Free State to the ascent of de Valera and Fianna Fail. Leaving behind an active part in the republican movement in 1938, MacBride moved into legal circles, carving out a successful career at the Irish Bar through the years of the Emergency, while maintaining links with both the IRA the German legation in Dublin. As well as providing the first scholarly assessment of MacBride's political career within the Irish republican movement, this book offers wider reflections on the transition from violent republicanism to constitutional politics. The book also analyses internal tensions and strategic shifts within the Irish republican community in the post-revolutionary period, in particular the oscillations between politics and militarism, and considers the political, ideological and moral challenges that the Second World War presented to Irish political culture.

Dr Caoimhe Nic Dhaibheid is Lecturer in Modern History at the University of Sheffield. From 2010-1012 she was Rutherford Research Fellow at Fitzwilliam College, University of Cambridge.