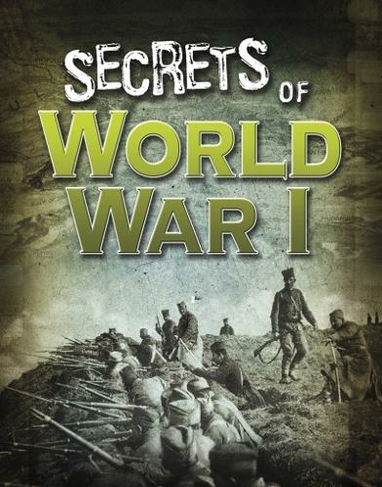 By Sean McCollum (Author)
Paperback
https://www.whsmith.co.uk/products/secrets-of-world-war-i-top-secret-files/sean-mccollum/paperback/9781474735285-12-000.html N/A
GBP
Availability
Currently unavailable. We dont know when or if this item will be back in stock
Free Saver Delivery on orders over £25
Details
FREE SHIPPING over £25 for Saver Delivery
Share

World War I was a brutal war that left more than 9 million dead. Millions more were wounded and lost their homes. The two sides-the Allied Powers and Central Powers-cut secret deals to get countries to join their side. They unleashed secret weapons, employed spies, and relied on the element of surprise itself to wage terrible battles. Secrets of World War I reveals little-known stories of the people, weapons, and battles that have affected the maps on our walls and the allegiances in our hearts.

Award-winning author Sean McCollum has written more than 30 nonfiction books and hundreds of articles for children and teens. Currently living in the United States Virgin Islands in the Caribbean Sea, he has sailed on ships big and small, and always checks where the lifeboats are stowed.