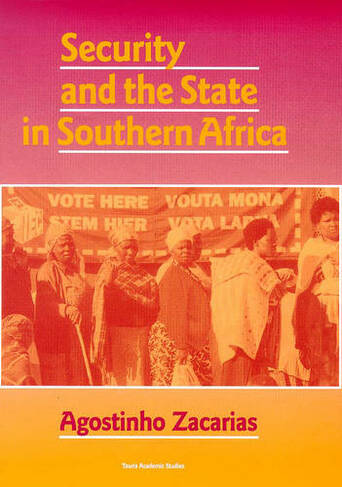 Security and the State in Southern Africa v. 11

Setting out the problem of security and placing it in an historical framework, the author of this work picks his way through the complexities of political theory and the tangled political history of southern Africa. He argues that the present formation of states has been shaped by the struggle of the African peoples for emancipation and the resistance of the European settler communities; and that South Africa has attempted to maintain regional order based on principles of domination, exploitation and inequality, founded on a colonial past and apartheid. The result has been a security system which is inherently militaristic, nation-focused and state-centred, and has led to confrontation within states and in the region. Zacarius therefore explores the concept of "people-centred" security and the "legitimate state", and regards these as essential building blocks in ensuring state and regional stability and security.

Agostinho Zacarias is Senior Lecturer in the Department of International Relations at the University of Witwatersrand, South Africa.