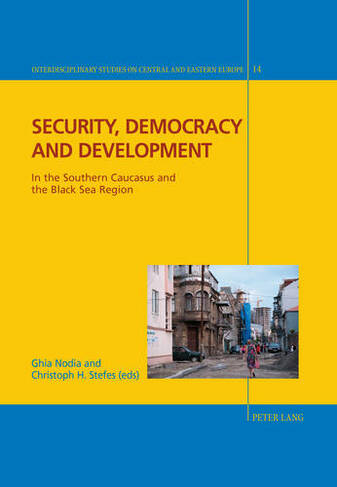 Security, Democracy and Development: In the Southern Caucasus and the Black Sea Region (Interdisciplinary Studies on Central and Eastern Europe 14 New edition)

Since the early 1990s, the southern Caucasus and its larger neighbourhood, the Black Sea region, have experienced deep and sometimes painful transformations, including bloody conflicts. They have also become an arena of geopolitical and geoeconomic competition between great powers. This has attracted growing attention from social scientists. In this volume, authors from universities in Europe, the United States and the southern Caucasus focus on several of the most topical problems of the region, particularly how nascent states and societies grapple with the results of unresolved ethno-territorial conflicts and how they try to construct new civil societies from the cultural mosaic that they inherited from their Soviet past. How do elements of democracy and autocracy combine in the political regimes of the new states? Can the West have an effect on their internal development and, if so, how? How do the rich mineral resources of the Caspian region influence the development of the region's economies and define the geopolitical standing of these countries?

Ghia Nodia is Professor of Political Science and Director of the International School of Caucasus Studies at Ilia State University in Tbilisi, Georgia. He is also the founder of the Caucasus Institute for Peace, Democracy and Development (CIPDD), which he has led since 1992. He has published extensively on regional security, state building and democratization in the Caucasus, and on theories of nationalism and democratic transition in the post-Cold War context. Christoph H. Stefes is Associate Professor for Comparative European and Post-Soviet Studies at the University of Colorado Denver. He is a visiting scholar at the Social Science Research Center Berlin where he investigates the conditions of stability of autocratic regimes. He specializes in the successor states of the Soviet Union in the South Caucasus and Central Asia. His research focuses on governance and the detrimental consequences of corruption in this region.