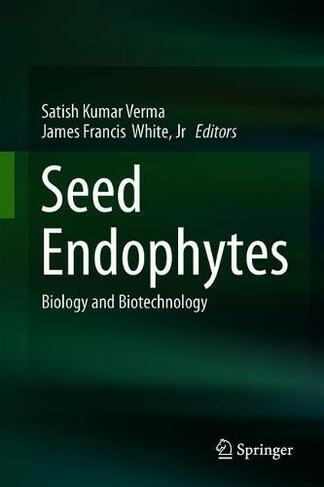 This book focuses on the importance and roles of seed microbiomes in sustainable agriculture by exploring the diversity of microbes vectored on and within seeds of both cultivated and non-cultivated plants. It provides essential insights into how seeds can be adapted to enhance microbiome vectoring, how damaged seed microbiomes can be assembled again and how seed microbiomes can be conserved. Plant seeds carry not only embryos and nutrients to fuel early seedling growth, but also microbes that modulate development, soil nutrient acquisition, and defense against pathogens and other stressors. Many of these microbes (bacteria and fungi) become endophytic, entering into the tissues of plants, and typically exist within plants without inducing negative effects. Although they have been reported in all plants examined to date, the extent to which plants rely on seed vectored microbiomes to enhance seedling competitiveness and survival is largely unappreciated. How microbes function to increase the fitness of seedlings is also little understood. The book is a unique and important resource for researchers and students in microbial ecology and biotechnology. Further, it appeals to applied academic and industrial agriculturists interested in increasing crop health and yield. 20 Tables, color; 64 Illustrations, color; 9 Illustrations, black and white; IX, 507 p. 73 illus., 64 illus. in color.