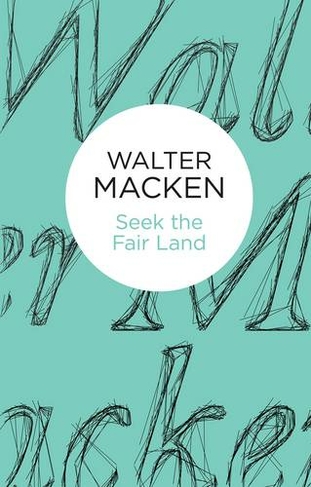 It is 1649. As the English soldiers trample the Irish homesteads, leaving behind them a trail of barbarity and destruction, a few brave men set out to seek a 'fair land' over the brow of the hill. Among them is Dominick MacMahon, whose wife has been killed in the bloody massacre of Drogheda, and whose son and daughter, and a wounded priest, Father Sebastian, accompany him. But as he journeys in search of peace and freedom he is relentlessly pursued by Coote, the Cromwellian ruler of Connaught . . .

Walter Macken was born in Galway in 1915. He was a writer of short stories, novels and plays. Originally an actor, principally with the Taibhdhearc in Galway, and The Abbey Theatre, he played lead roles on Broadway in M. J. Molloy's The King of Friday's Men and his own play Home Is the Hero. He also acted in films, notably in Arthur Dreifuss' adaptation of Brendan Behan's The Quare Fellow. He is perhaps best known for his trilogy of Irish historical novels Seek the Fair Land, The Silent People and The Scorching Wind. He passed away in 1967.