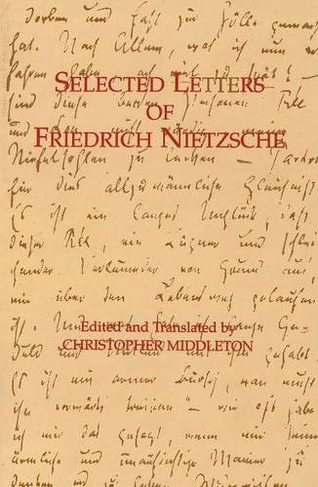 This collection of more than two hundred of Nietzsche's letters offers a representative body of correspondence on subjects of main concern to him--philosophy, history, morals, music and literature. Also included are letters of biographical interest which, in Middleton's words, mark the stresses and turnings of his life. Among the addressees are Richard Wagner, Erwin Rohde, Jacob Burkhardt, Lou Salome, his mother, and his sister Elisabeth. The annihilating split in Nietzsche's personality that has been associated with his collapse on a street in Turin in 1889 is described in a moving letter from Franz Overbeck which forms the Epilogue. Index.

Friedrich Nietzsche was, arguably, the most important philosopher of the 19th century. His works include Beyond Good and Evil, Ecce Homo, Human, All Too Human, and Thus Spake Zarathustra."