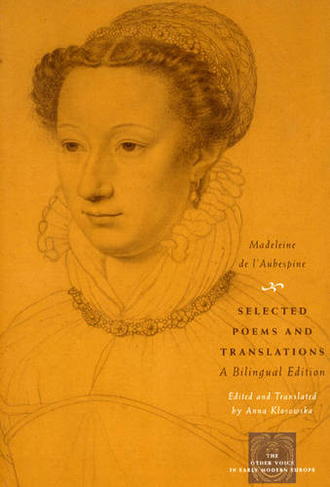 Madeleine de l'Aubespine (1546-96), the toast of courtly and literary circles in sixteenth-century Paris, penned beautiful love poems to the famous women of her day. The well-connected daughter and wife of prominent French secretaries of state, l'Aubespine was celebrated by her male peers for her erotic lyricism and scathingly original voice. Rather than adopting the conventional self-effacement that defined female poets of the time, l'Aubespine's speakers are sexual, dominant, and defiant, and her subjects are women who are able to manipulate, rebuke, and even humiliate men. Unavailable in English until now and only recently identified from scattered and sometimes misattributed sources, l'Aubespine's poems and literary works are presented here in Anna Klosowska's vibrant translation. This collection, which features one of the first French lesbian sonnets as well as reproductions of l'Aubespine's poetic translations of "Ovid and Ariosto", will be heralded by students and scholars in literature, history, and women's studies as an important addition to the Renaissance canon.

Anna Klosowska is associate professor of French at Miami University.