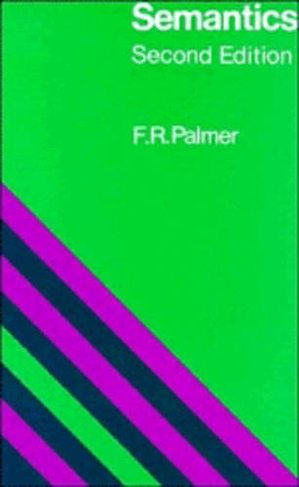 When the first edition of Semantics appeared in 1976, the developments in this aspect of language study were exciting interest not only among linguists, but among philosophers, psychologists and logicians. Professor Palmer's straightforward and comprehensive book was immediately welcomed as one of the best introductions to the subject. Interest in Semantics has been further stimulated recently by a number of significant, and often contriversial, theoretical advances; and the publication of this second edition has enabled Professor Palmer to bring his survey thoroughly up to date. There is also an important new chapter on 'Semantics and logic', showing clearly and simply the influence that logical models have had on the study of meaning. Professor Palmer always illustrates his argument with helpful examples, and his non-technical explanations will be readily intelligible to the interested layman as well as to beginning students of language and linguistics. Worked examples or Exercises