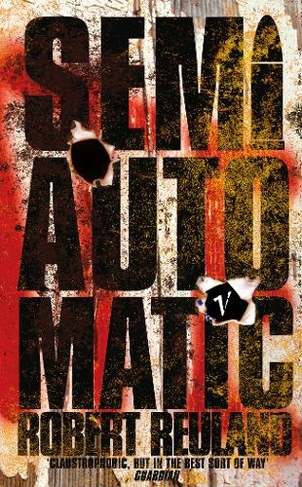 Having resolved an explosive case in a controversial manner, Andrew Giobberti has been exiled from the high-powered DA's Homicide Bureau to the dusty decay of the Appeals Bureau. But the powers that be want this brilliant, difficult prosecutor back in the courtroom. They're counting on Giobberti's courtroom brilliance to ensure a guilty verdict for murder suspect Haskin Pool. It seems a straightforward enough case - a robbery gone bad, leaving a well-loved grocer in a pool of his own blood. The press has poured a lot of ink on the story, pressuring local police to get a killer behind bars. But Giobberti has a habit of uncovering nothing but the whole truth. It doesn't take long for him to realize this case stinks. There's a conspiracy to convict that reaches well up the political hierarchy and it's fully expected that Giobberti will play a key role in this seamy drama.

Rob Reuland is the author of Hollowpoint. He practised law on Wall Street for many years before joining the Brooklyn District Attorney's Office, where he was assigned to the Homicide Bureau. He spent his youth in Iowa before attending Cambridge University and the Vanderbilt Law School. He lives in Brooklyn with his wife and two young children and writes full-time.

Semiautomatic
Semiautomatic
Robert Reuland
Paperback
Currently unavailable. We don't know when or if this item will be back in stock
https://www.whsmith.co.uk/products/semiautomatic/robert-reuland/paperback/9780099287124.html £6.43 rrp £6.99 Save £0.56 (8%)
GBP