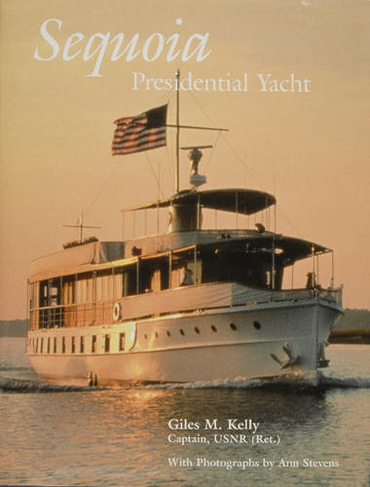 Built on the shores of the Delaware Bay in 1925, Sequoia is a Trumpy-designed 104-foot wooden motor yacht that has hosted eight U.S. presidents and has become a Chesapeake Bay icon. Giles M. Kelly served as the yacht's skipper from 1983 to 1988, and was surprised to find no book chronicled her history. During his tenure as captain of the yacht, he took the boat around the country on a goodwill cruise and later oversaw her major restoration. His wife, Ann Stevens, a professional photographer, documented much of that trip and the restoration. Although only two years of the ship's logs could be found, Kelly undertook to uncover the truth of Sequoia's many "sea stories" by primary research and interviewing those who had served and visited aboard. He soon discovered a kind of Upstairs, Downstairs perspective on Sequoia. This element lends a unique appeal to this saga of an interesting vessel and her service through eight administrations. 16 color, 71 b/w photos, 18 illustrations & 1 map