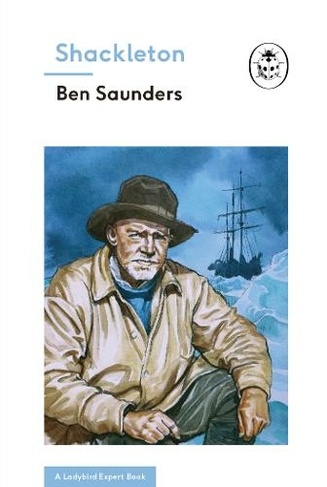 Part of the new Ladybird Expert series, Shackleton is a clear, simple and enlightening introduction to perhaps the most extraordinary survival stories of all time. Polar explorer Ben Saunders draws on his own experience of the Antarctic to bring to life the history, dangers and challenges of Shackleton's Endurance expedition. Inside, you'll discover how Shackleton, by successfully bringing all his men home in the face of near insurmountable odds, earned his reputation as one of the greatest leaders in history. Written by the leading lights and most outstanding communicators in their fields, the Ladybird Expert books provide clear, accessible and authoritative introductions to subjects drawn from science, history and culture. Other books currently available in the Ladybird Expert series include: * Climate Change * Quantum Mechanics * Evolution * Battle of Britain For an adult readership, the Ladybird Expert series is produced in the same iconic small hardback format pioneered by the original Ladybirds. Each beautifully illustrated book features the first new illustrations produced in the original Ladybird style for nearly forty years.

Ben Saunders is one of the world's leading polar explorers, and a record-breaking long-distance skier who has covered more than 6,000km (3,700 miles) on foot in the Polar Regions since 2001. His accomplishments include leading The Scott Expedition, the longest human-powered polar journey in history, and the first completion of the expedition that defeated Captain Scott and Sir Ernest Shackleton, a 105-day round-trip from Ross Island on the coast of Antarctica to the South Pole and back again.Ben is the third person in history to ski solo to the North Pole, and holds the record for the longest solo Arctic journey by a Briton. He is also the founding editor and publisher of Avaunt Magazine, a global brand ambassador for Land Rover, an honorary member of the Cordon Rouge Club, an ambassador for the Prince's Trust, a patron of British Exploring, a fellow of the Royal Geographical Society, and an acclaimed keynote speaker, described by TED as 'A master storyteller'.