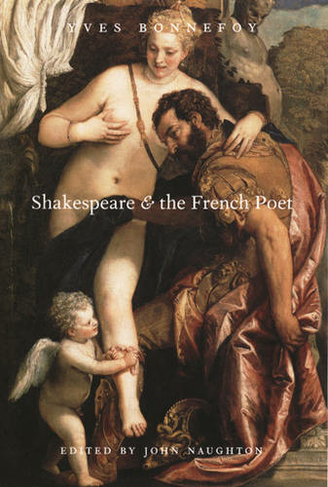 Shakespeare and the French Poet With an Interview

A meditation on the major plays of Shakespeare and the thorny art of literary translation, Shakespeare and the French Poet contains twelve essays from France's most esteemed critic and preeminent living poet, Yves Bonnefoy. Offering observations on Shakespeare's response to the spiritual crisis of his era as well as wry insights on the practical and theoretical challenges of verse in translation, Bonnefoy delivers thoughtful, evocative essays penned in his characteristically powerful prose. In seven essays exploring Shakespeare's major plays, Bonnefoy represents the Bard as a writer precariously straddling the nascent chasm between a vanishing world governed by religious authority and an emerging world directed by scientific thought. In negotiating this rift, Bonnefoy asserts, Shakespeare confronts in his plays certain existential and ontological uncertainties that still trouble us today. In the five essays devoted to the special challenges of translating English poetry into French verse, Bonnefoy recognizes a history of cultural misunderstanding, a risk inherent in any translation project. Bonnefoy's longtime collaborator John Naughton faithfully renders Bonnefoy's perfectly craft

Poet, critic, and chair of comparative poetics at the College de France, Yves Bonnefoy was awarded the Prix Goncourt for Poetry in 1987. John Naughton is professor of Romance languages and literatures at Colgate University. He is the principal translator of Bonnefoy's work into English.