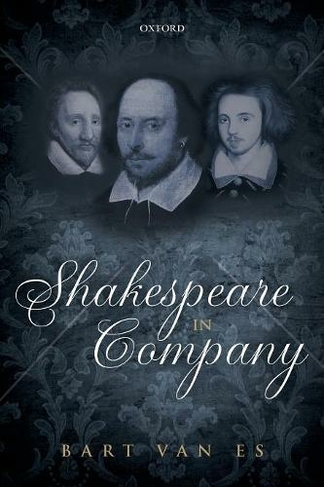 This book is about two very different kinds of company. On the one hand it concerns Shakespeare's poet-playwright contemporaries, such as Marlowe, Jonson, and Fletcher. On the other, it examines the contribution of his fellow actors, including Burbage, Armin, and Kemp. Traditionally, criticism has treated these two influences in separation, so that Shakespeare is considered either in relation to educated Renaissance culture, or as a man of the theatre. Shakespeare in Company unites these perspectives. Bart van Es argues that Shakespeare's decision, in 1594, to become an investor (or 'sharer') in the newly formed Chamberlain's acting company had a transformative effect on his writing, moving him beyond the conventions of Renaissance dramaturgy. On the basis of the physical distinctiveness of his actors, Shakespeare developed 'relational drama', something no previous dramatist had explored. This book traces the evolution of that innovation, showing how Shakespeare responded to changes in the personnel of his acting fellowship and to competing drama, such as that produced for the children's companies after 1599. Covering over two decades of theatrical history, van Es explores the playwright's career through four distinct phases, ending on the conditions that shaped Shakespeare's late style. Paradoxically, Shakespeare emerges as a playwright unique 'in company'-special, in part, because of the unparalleled working conditions that he enjoyed. 12 black-and-white halftones

Bart van Es is Lecturer in English at the University of Oxford and a Fellow of St Catherine's College. He has previously written books on Edmund Spenser and has a special interest in the writing of history in the Renaissance. Shakespeare in Company is his first work on drama and was supported by the award of an AHRC Fellowship.