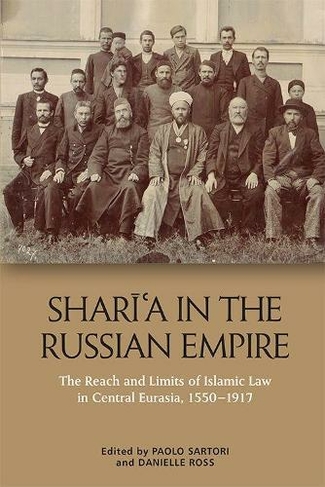 Sharia in the Russian Empire

This book looks at how Islamic law was practiced in Russia from the conquest of the empire's first Muslim territories in the mid-1500s to the Russian Revolution of 1917, when the empire's Muslim population had exceeded 20 million. It focuses on the training of Russian Muslim jurists, the debates over legal authority within Muslim communities and the relationship between Islamic law and 'customary' law. Based upon difficult to access sources written in a variety of languages (Arabic, Chaghatay, Kazakh, Persian, Tatar), it offers scholars of Russian history, Islamic history and colonial history an account of Islamic law in Russia of the same quality and detail as the scholarship currently available on Islam in the British and French colonial empires.

Paolo Sartori is a Senior Research Fellow at the Institute of Iranian Studies, Austrian Academy of Sciences. He is the editor of the Brill series Handbooks of Oriental Studies (Section 8 Uralic & Central Asian Studies) and is editor in chief of the Journal of Economic and Social History of the Orient (Brill). He is author of Visions of Justice: Shari'a and Cultural Change in Russian Central Asia (Brill, 2016). Danielle Ross is Assistant Professor of Asian History in the Department of History at Utah State University. She has published a chapter in Small Nations and Colonial Peripheries in World War I (Brill, 2016).