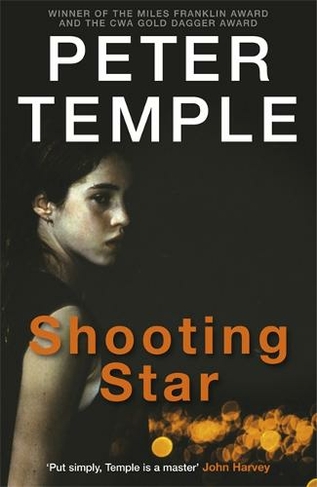 Anne Carson: fifteen, beautiful, wayward. Abducted. Her rich family has closed ranks and summoned Frank Calder, ex-soldier and sacked police hostage negotiator. They want him to deliver the ransom money to the kidnappers. Frank wants them to call in the law, but the family refuses, since police bungling nearly cost the life of another Carson child kidnapped years before. But are the two kidnappings connected? And is greed the motivation? Revenge? Or could it be something else? To find out, Frank Calder must go beyond his brief. As Frank feverishly searches for suspects in the web of Carson family businesses and deals, marriages and indiscretions, rivalries and intrigues, he knows that if his instincts are wrong, the girl will surely die.

Peter Temple was born in South Africa in 1946, and emigrated to Australia in 1980. He published nine novels, including four books in the Jack Irish series. He won the Ned Kelly Award for Crime Fiction five times, and his widely acclaimed novels were published in over twenty countries. The Broken Shore won the UK's prestigious Duncan Lawrie Dagger for the best crime novel of 2007 and Truth won the 2010 Miles Franklin Literary Award, the first time a crime writer had won an award of this calibre anywhere in the world. The Jack Irish series was adapted for TV with Guy Pearce in the lead role. Peter Temple died on 8 March 2018.