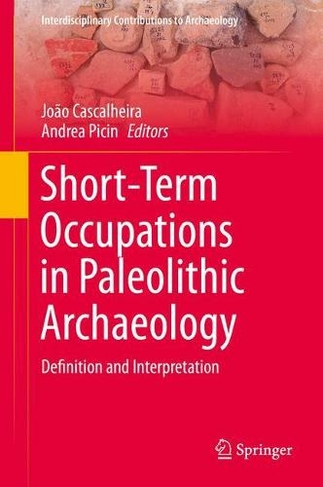 This edited book aims to provide a new perspective on the identification and interpretation of short-term occupations in Paleolithic Archaeology. The volume includes contributions with a particular focus on the definition and identification of short-term occupations in Paleolithic contexts, aiming to improve our current knowledge on the topic, both methodologically and interpretatively. The set of chapters coming from a broad spectrum of geographies and chronologies will contribute to the debate on the definition of short-term occupations but also to a better understanding on how past hunter-gatherers communities adapted and moved in different environmental contexts across time. The in-depth examinations of short-term occupations in different chronologies and environments will shed light on an aspect of the behavioral trajectories of the human species in the management of the territory. 150 Tables, color; 53 Illustrations, color; 6 Illustrations, black and white; VIII, 296 p. 59 illus., 53 illus. in color.

Joao Cascalheira received his Ph.D. in Archaeology from University of Algarve (Faro, Portugal), where he is now an Assistant Researcher at the Interdisciplinary Center for Archaeology and Evolution of Human Behaviour (ICArEHB). He specializes in Paleolithic and Mesolithic human ecodynamics and has been developing projects regarding human adaptations to the Last Glacial Maximum in western Europe, the emergence of Anatomically Modern Humans in both Southeast Africa and Iberia, and the development of social complexity among the last hunter-gatherers of the Muge Mesolithic shell midden complex (central Portugal). He is interested mostly in prehistoric stone tool technologies, human adaptations to climate change, and in the innovative use of computational tools and methods in archaeological research.Andrea Picin is a Post-doctoral Researcher at the Max Planck Institute for Evolutionary Anthropology (Leipzig, Germany), Associate Researcher at the Max Planck Institute for the Science of Human History (Jena, Germany), and Adjunct Professor at the Friedrich Schiller Universitat Jena (Jena, Germany). He obtained a B.A. degree in Archaeology from the Universita degli Studi di Padova (Padova, Italy), and a Ph.D. degree in Quaternary Science and Prehistory at the Universitat Rovira I Virgili, (Tarragona, Spain). He is a Paleolithic archaeologist specialized in lithic technology. His research focuses on the evolutionary reconstruction of prehistoric hunter-gatherer behaviors, and the influence of climatic fluctuations on the emergence of different technical and subsistence adaptations. He excavated several archaeological sites in Spain, Italy, Sri Lanka, Mongolia and Zambia. He is currently involved in several field projects in Europe.