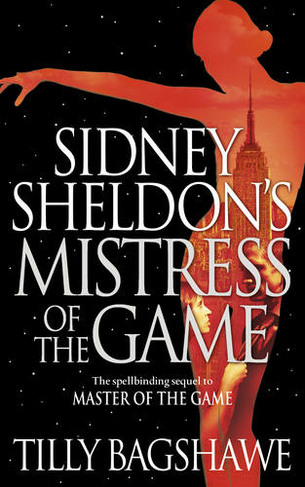 Sidney Sheldon's Mistress of the Game

The spellbinding sequel to Sidney Sheldon's MASTER OF THE GAME, one of the most glamorous and suspenseful tales ever told... It began with Jamie MacGregor, stealing diamonds in Africa. It continued with his daughter, the powerful Kate Blackwell, who grew her father's company into a world wide conglomerate. Now the story passes to the next generation. Spanning the decades and picking up exactly where Sidney Sheldon's bestselling Master of the Game finished, Mistress of the Game follows the Blackwell family as they love, lose, scheme and murder through the 80s up until the present day. Heart-stopping and glamorous, tense and provocative, Mistress of the Game is the sequel that Sheldon fans have been waiting for...

Tilly Bagshawe is the internationally bestselling author of three previous novels. A teenage single mother at 17, Tilly won a place at Cambridge University and took her baby daughter with her. She went on to enjoy a successful career in The City before becoming a writer. As a journalist, Tilly contributed regularly to the Sunday Times, Daily Mail and Evening Standard before following in the footsteps of her sister Louise and turning her hand to novels.Tilly's first book, Adored, was a smash hit on both sides of the Atlantic and she hasn't looked back since. She is married to Robin Nydes, an American businessman and former investment banker, and the couple have two young sons as well as Tilly's daughter Sefi, who is now 18. The family divide their time between their homes in Kensington and Los Angeles and their beach house on Nantucket Island.