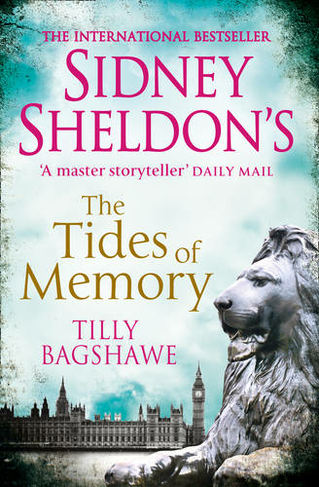 Sidney Sheldon's The Tides of Memory

By Tilly Bagshawe (Author)
Paperback
https://www.whsmith.co.uk/products/sidney-sheldons-the-tides-of-memory/tilly-bagshawe/paperback/9780007442867-01-000.html £10.11 rrp £10.99 Save £0.88 (8%)
GBP
Availability
Currently unavailable. We don't know when or if this item will be back in stock
Free Saver Delivery on orders over £20
Details
FREE SHIPPING over £20 for Saver Delivery
Share

How far would you go to protect the ones you love? On the surface the De Vere family appear to have it all. Wealth, political power, and idyllic life split between their London mansion, Oxfordshire country house and their idyllic, sprawling Martha's Vineyard estate. But beneath the gilded facade, and the family's apparently watertight bonds with one another, lie many secrets, some of them deadly. When the mistakes of youth refuse to stay buried, and generation old hatreds resurface, the De Veres find themselves on the brink of losing everything. How far will each of them go to conceal the truth and protect the family?

Tilly Bagshawe is the internationally bestselling author of three previous novels. A teenage single mother at 17, Tilly won a place at Cambridge University and took her baby daughter with her. She went on to enjoy a successful career in The City before becoming a writer. As a journalist, Tilly contributed regularly to the Sunday Times, Daily Mail and Evening Standard before following in the footsteps of her sister Louise and turning her hand to novels.Tilly's first book, Adored, was a smash hit on both sides of the Atlantic and she hasn't looked back since. She is married to Robin Nydes, an American businessman and former investment banker, and the couple have two young sons as well as Tilly's daughter Sefi. The family divide their time between their home in Los Angeles and their beach house on Nantucket Island.