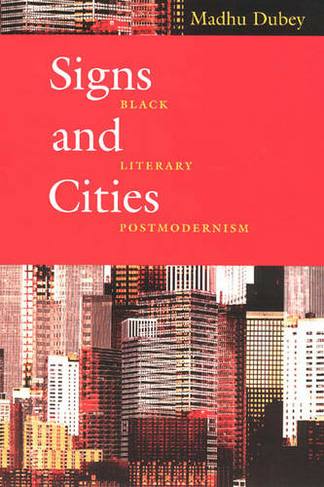 "Signs and Cities" is the first book to consider what it means to speak of a postmodern moment in African-American literature. Dubey argues that for African-American studies, postmodernity best names a period, beginning in the early 1970s, marked by acute disenchantment with the promises of urban modernity and of print literacy. Dubey shows how black novelists from the last three decades have reconsidered the modern urban legacy and thus articulated a distinctly African-American strain of postmodernism. She argues that novelists such as Octavia Butler, Samuel Delany, Toni Morrison, Gloria Naylor, Ishmael Reed, Sapphire, and John Edgar Wideman probe the disillusionment of urban modernity through repeated recourse to tropes of the book and scenes of reading and writing. Ultimately, she demonstrates that these writers view the book with profound ambivalence, construing it as an urban medium that cannot recapture the face-to-face communities assumed by oral and folk forms of expression

Madhu Dubey is a professor of English and Afro-American Studies at the University of Illinois at Chicago. She is the author of "Black Women Novelists and the Nationalist Aesthetic."