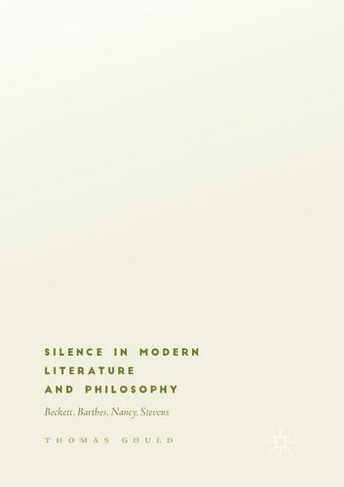 This book discusses the elusive centrality of silence in modern literature and philosophy, focusing on the writing and theory of Jean-Luc Nancy and Roland Barthes, the prose of Samuel Beckett, and the poetry of Wallace Stevens. It suggests that silence is best understood according to two categories: apophasis and reticence. Apophasis is associated with theology, and relates to a silence of ineffability and transcendence; reticence is associated with phenomenology, and relates to a silence of listenership and speechlessness. In a series of diverse though interrelated readings, the study examines figures of broken silence and silent voice in the prose of Samuel Beckett, the notion of shared silence in Jean-Luc Nancy and Roland Barthes, and ways in which the poetry of Wallace Stevens mounts lyrical negotiations with forms of unsayability and speechlessness. IX, 199 p.